Check out what we have been doing to banish the Summertime Boredom Blahs!

We’ve got jars full of marbles and millions of Lego’s. So I challenged the boys to create a Lego maze for their marbles to race though. The boys worked together then shared their mazes to see who’s was fastest. 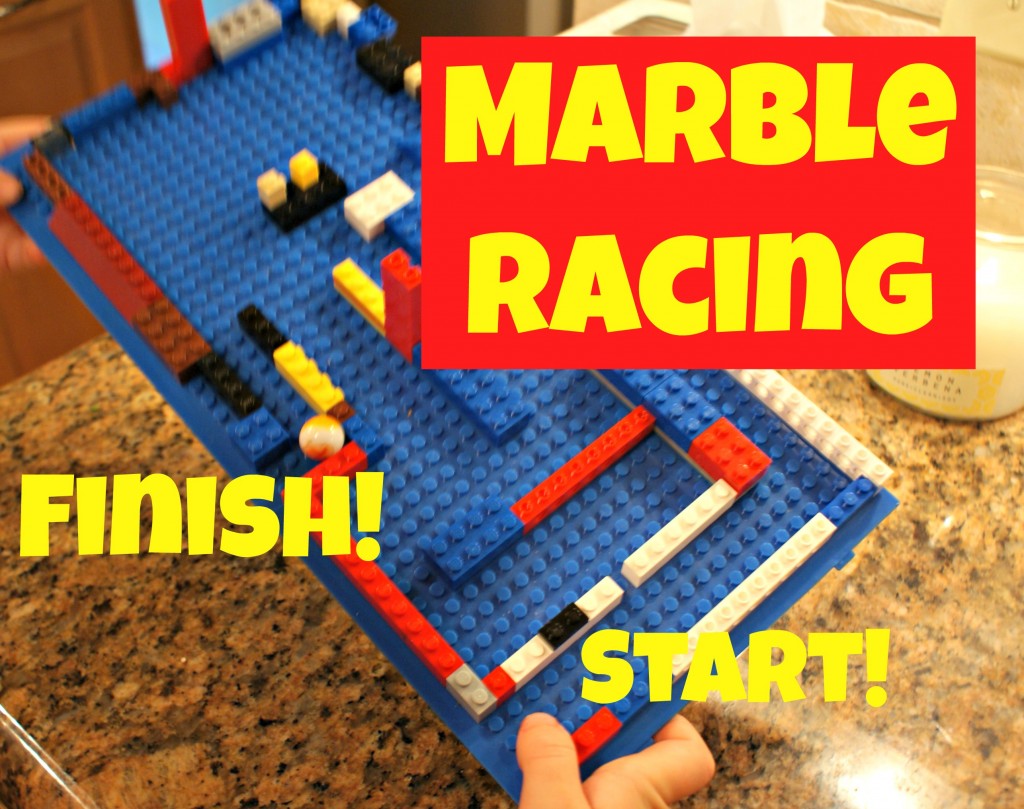 Maybe next week’s challenge will be to see who can collect the most Lego’s. It should take a while. Especially since there are Lego’s everywhere. In every. single. room.

Heck – I might even offer an award to the most Lego’s found! It will be like a treasure hunt! 🙂 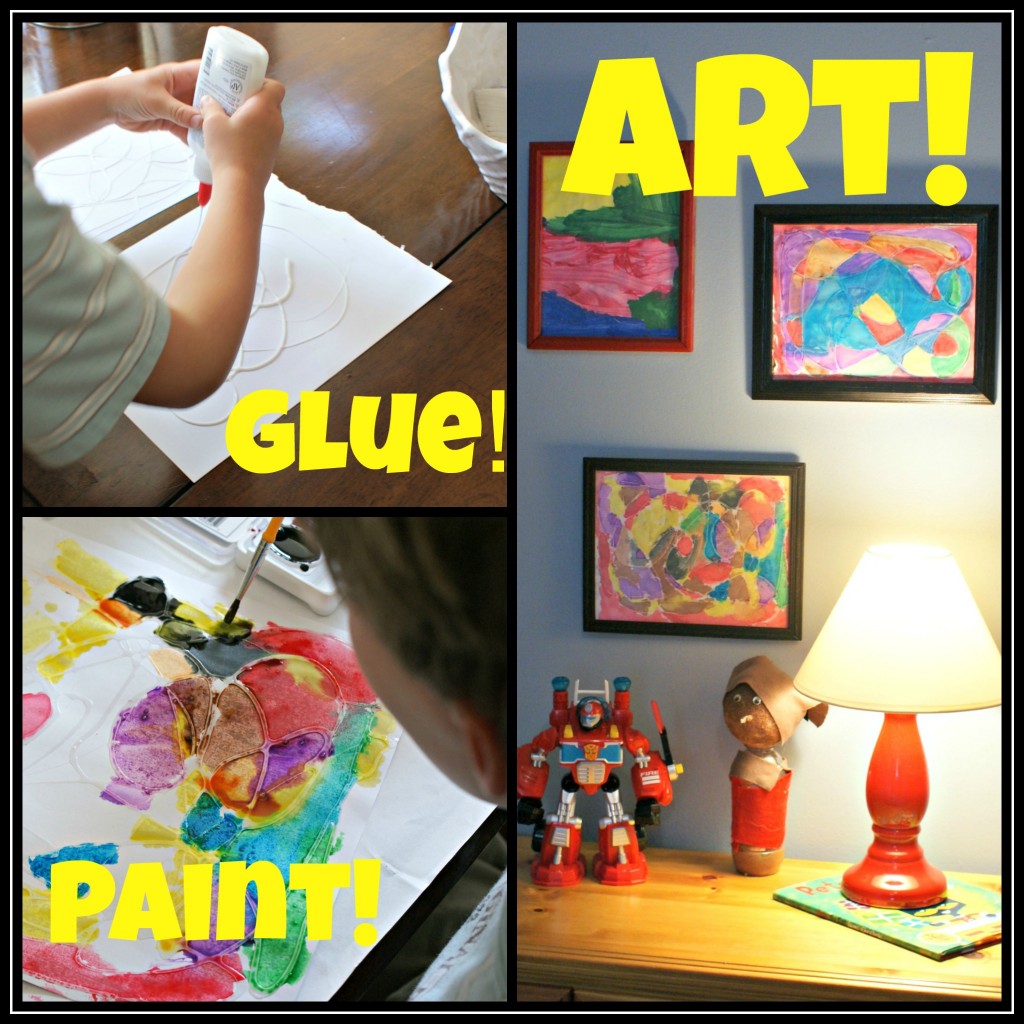 Little Boy ask me every day what our “art” of the day will be. Thankfully the hardest part about this Watercolors/Glue Art is waiting for the glue to dry.

He used school glue to create curvy, swirly lines on the paper. We used paper sent home by his teacher at the end of the school year. It is a heavier weight than regular copy paper and held up to the glue and watercolors. Thank you, Mrs. N! 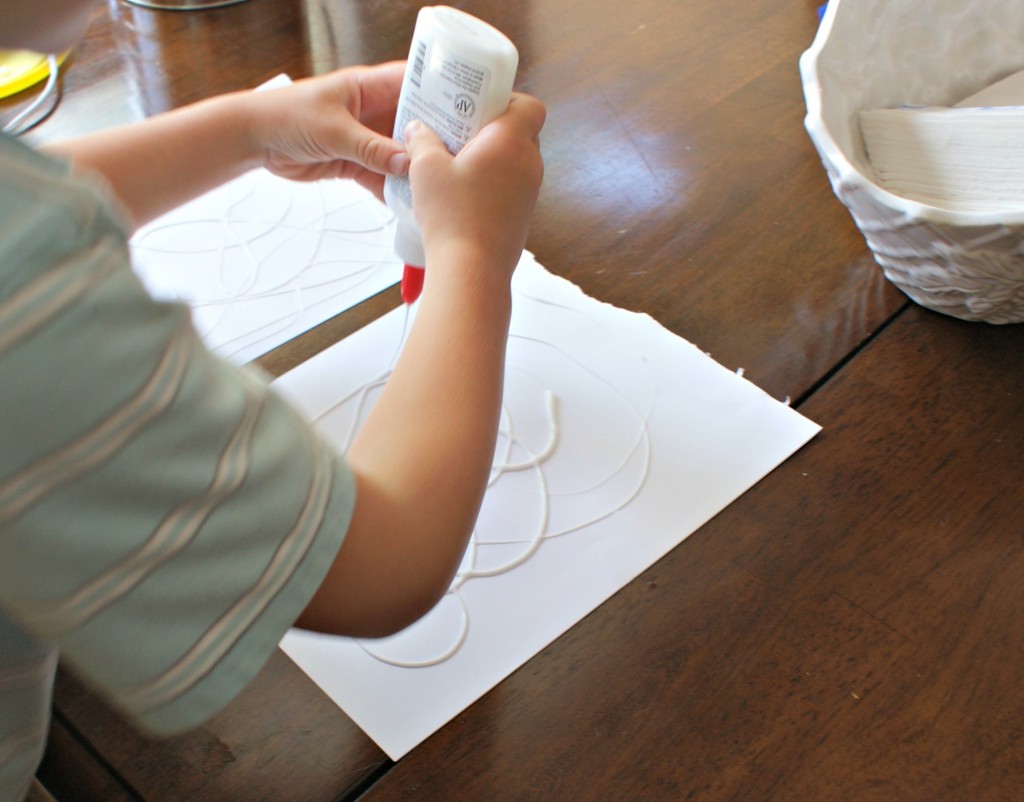 Miraculously it was a sunny day so we carefully carried the papers carefully outside. The glue took longer than I expected to dry on the patio table. Once it finally dried, Little Boy had a great time painting his, mine, and Tootsie’s. The goal was for him to paint different colors on the inside of each section. It was to look like a mosaic. It does still look like one. Kinda sorta. 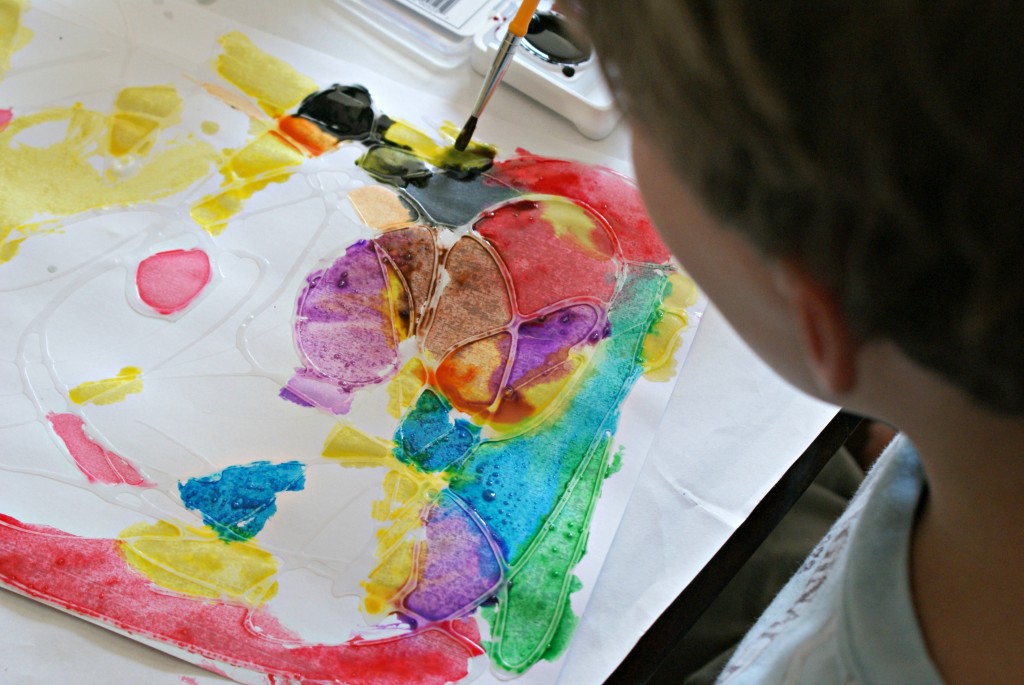 Little Boy is proud of his paintings in his room. This is the only artwork that poor baby has hanging on his walls. (poor middle child) 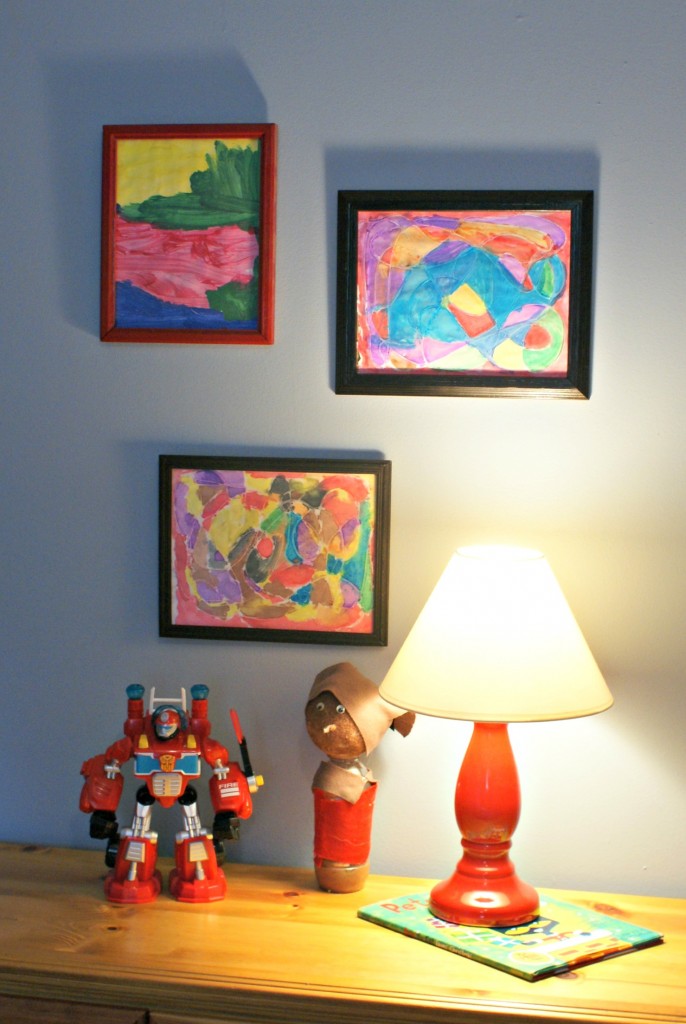 One night as I was tucking Little Boy into bed I mentioned that once in kindergarten we had a worm farm in the science center. Sure enough the next day, he and his big brother were out in the backyard gathering up worms. They proudly named their new friends Jimmy, Lizzy, and Billy Bob. 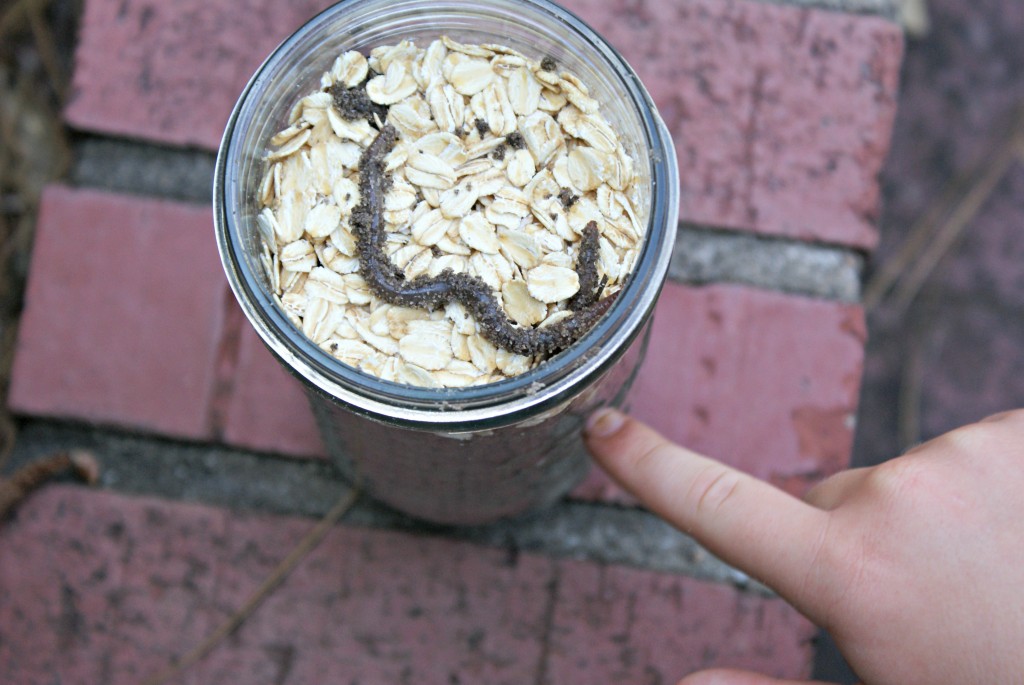 The worms new home was made from a large Mason jar, fresh dirt, and a few layers of oatmeal. Worms do not like to be exposed so they made quick work of burrowing down into the dirt. 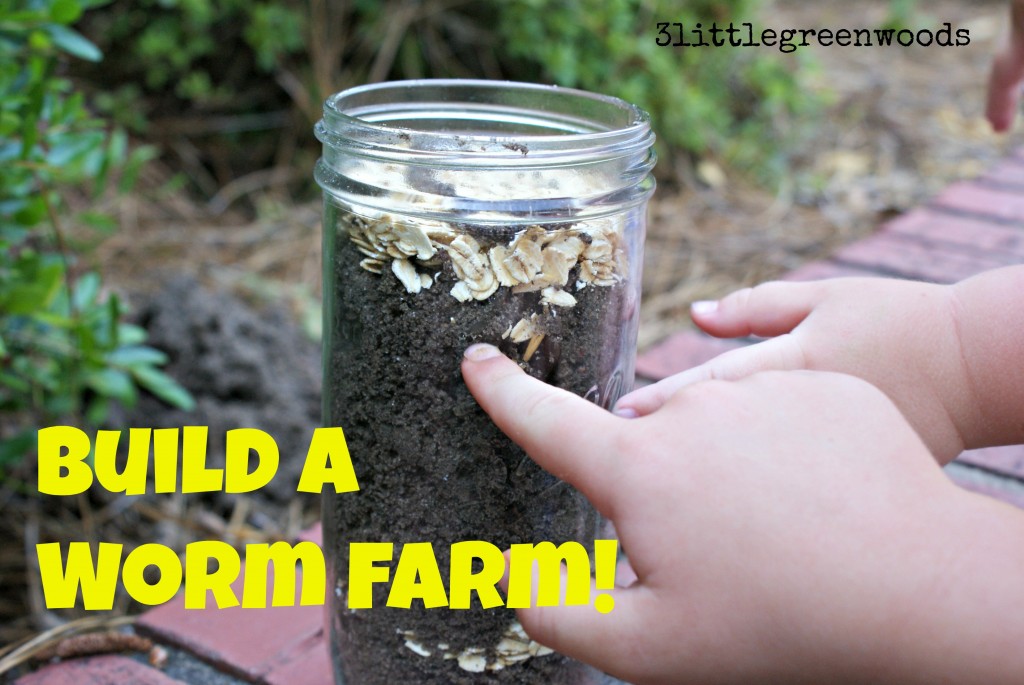 Unfortunately a few days later the worms drowned in a downpour of rain. Poor wormies.

There’s only one more month until school begins. (I’m secretly counting down the days.)

Sharing with these great blogs!

More from my site

Bloglovin
Pretties on the Table (A beachy vignette)